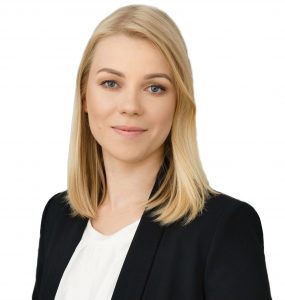 “This year, having completed transactions in Sweden and Estonia, we acquired not only pure businesses – almost a thousand new people have joined our group and we already have almost 4 thousand employees in five countries. People become our strategic priority – we strive to achieve sustainable integration and further development, to attract and retain the best specialists and managers, and to be top employer in our business area, “says Raimonda Kižienė, Chairwoman and CEO of Euroapotheca.

“Today exceptional talent is looking for an environment where they can excel. In a fast-moving environment control and planning although has its benefits it also brings in limitations. Agility in people approach becomes more and more pivotal in order to succeed. Finding right balance between creativity and constrains, flexibility and stability in all people management areas will be our priority“, says Erika Sirutytė, Head of People Department at Euroapotheca.

Before joining the Euroapotheca team for the past five years Erika led HR Department at one of the largest law firms in the Baltic States Ellex Valiunas, prior to that, she headed HR Services of Philip Morris Baltics. Erika has MBA degree from HEC Paris University in France.

Euroapotheca People Department has been established in October to separate Law and HR functions. Oksana Kostogriz, Member of the Board of Euroapotheca, will continue to lead Law area of the group.

Euroapotheca is the international group of companies, which operates in Northern Europe and CEE region. Euroapotheca manages pharmacy retail chains and wholesale companies in Lithuania, Latvia, Estonia, Sweden and Poland.

Euroapotheca is a member of VILNIAUS PREKYBA group, the largest diversified international retail group in Baltics and CEE region.